The indirect cost on rental services of aircraft has increased from 15 per cent to 18 per cent, which leads to more burden on end consumers, according to the Business Aircraft Operators Association (BAOA).

A report commissioned by the association, in partnership with the consultancy firm Deloitte Haskins & Sells, highlights that the working capital requirement would increase because of the 5 per cent GST on import of aircraft for purchase as well as for lease.

However, Saloni Roy, Senior Director, Deloitte Haskins & Sells, said the benefit of GST paid on services will now be available, which was not possible earlier.

The import of aircraft for ‘personal use’ attracts 28 per cent GST and a compensation cess of 3 per cent. However, the term personal use has not been dealt in the GST law.

Kapur said the business aviation industry has had a momentous transformation over the past decade in India and is now at the cusp of maturation, but it requires a consistent effort through all spheres and avenues to tap its potential. “The helicopter industry has not taken off. While India had about 300 in 2008, it has come down to about 280, with a majority of them being used in the oil and gas industry. In fact, one city in Brazil has more helicopters than we now have in India,” said RK Bali of BAOA.

In order to accelerate the growth of business aviation, the time has come to take to a dynamic approach where innovation is required. This could be in the areas of access to new locations, aircraft management and use of helicopter in diverse applications, including traffic management, aerial photography and healthcare through ambulance services. 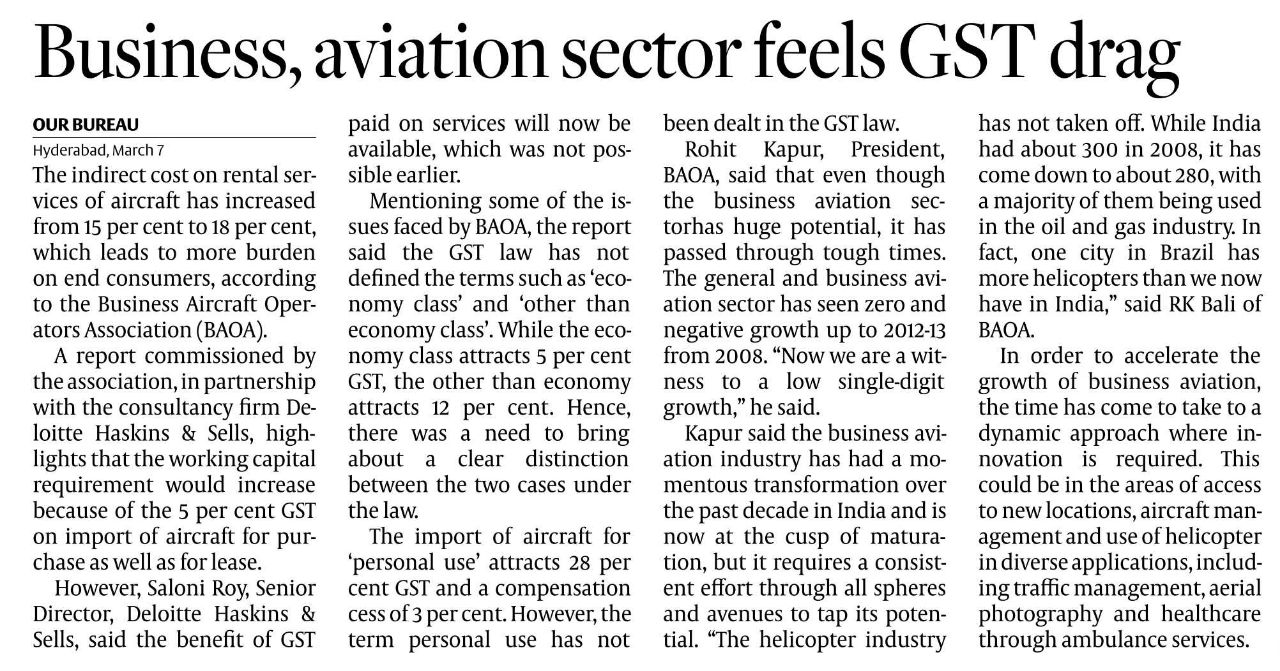